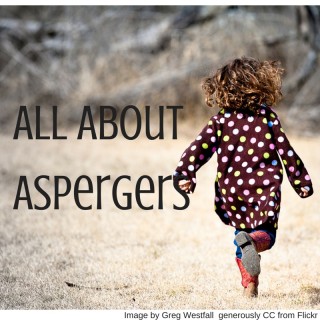 Aspergers syndrome, abbreviated as (AS) in some documents, is a disorder of the brain and the body that is on the spectrum of autism. All of the diseases on the autism spectrum can appear in different combinations. They can also appear in more or less severe ways in different children.

Most of the children who show the symptoms of Aspergers syndrome usually share the same symptoms with children who have high functioning autism. As the methodology for dealing with Aspergers syndrome becomes more precise, milder cases are being identified with an increased frequency. However, this disease can be difficult to treat as well is diagnose. I will try to explain all about Aspergers in this article.

The Basics of Aspergers Syndrome

This neurobiological disorder is named after Hans Asperger. Asperger was a Viennese pediatrician who began to note similar behavior patterns in some of his patients. Most of these patients were young men. The doctor noted that boys were able to develop language skills and otherwise exhibited normal intelligence; however, their social skills were severely impaired, they had very poor coordination and they were unable to use their language skills to communicate effectively with other people.

When is the highest incidence of Aspergers syndrome in children diagnosed?

According to statistics laid out by the Asperger Syndrome Coalition of the United States, most children are diagnosed after age three. The majority of cases are fully diagnosed between the ages of five and nine. This is an onset there is later than the onset of many other disorders that are on the autism spectrum.

What are some of the major symptoms of Aspergers syndrome?

Young children who have Aspergers syndrome may show one or more of the following symptoms:

Some less noted symptoms that may indicate Aspergers syndrome include a general clumsiness, interests in less activities than other children, having peculiar preoccupations and a delay in motor skills. These children may also exhibit repetitive or robotic speech, a lack of so-called common sense and problems with the basic skills of math, writing and reading, although they may become obsessed with the more complex topics in any one of these categories. For instance, many children with Aspergers syndrome may have less of an ability to read music however, they may be more interested in it. There will also be much less of an ability in the child to communicate nonverbally, although the verbal cognitive abilities of the child may actually seem to be above average.

The symptoms of Aspergers syndrome are not consistent in some cases. They may wax and wane as the child gets older. However, symptoms will usually last for a lifetime. Children can be helped if a he is placed into early intervention services. 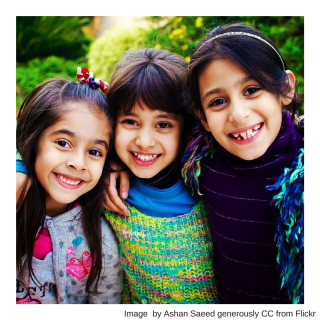 Could my child have Aspergers?

Children with Aspergers syndrome will often have no obvious delays in their brain development. Many children with Aspergers syndrome are misdiagnosed as having ADHD (attention deficeit-hyperactivity disorder) or OCD (obsessive compulsive disorder) because their patterns of behavior can seem odd to an onlooker. Add to this the problem that many children with AS have with attention span, and you have a recipe for a good deal of confusion if a person is not careful to truly diagnose the condition of the child.

Do doctors know the cause of Aspergers syndrome?

Is there a cure for Asperger syndrome?

There is no cure for the disorder of Aspergers syndrome. As medical technology stands today, the children who have the disorder will definitely become adults who have the disorder. However, the proper treatment and behavior modifications can help to make sure that these people all lead full lives that are happy. The proper education, resources and support go a long way in helping to ensure this outcome.

How can I know if my child needs to see a doctor about Aspergers syndrome?

Because there are so many aspects of Aspergers syndrome that are not fully understood even by the medical community, it is difficult for a nonprofessional to diagnose. Parents have an added bias of observing a loved one; therefore, they may attribute the strange behaviors of their child to simply being born “different.”

If your child is exhibiting any of the symptoms that are mentioned above in this article, think about getting your child medically diagnosed. Experts agree that early intervention with special social and emotional training is essential for a child with Aspergers syndrome.

A thorough psychological and psychosocial evaluation will be performed by a specialist after your child is recommended for it by a primary physician. Try to keep in mind when the symptoms of the syndrome first showed up in your child. Keep a list of the particular behaviors that tipped you off to a dysfunction of some sort including the preoccupations, unusual habits and favorite activities of the child.

How is Aspergers syndrome treated?

The treatment regimen for children who have Aspergers syndrome is different from child to child. The behavior patterns of certain children can differ greatly, so the program of sensory integration, psychotherapy, parent education and social skills training may vary as well.

Most children who have Aspergers syndrome will also go through some sort of language therapy and a program with an occupational therapist that will desensitize them to sensory stimuli that will likely cause conflicts in everyday life. However, it is usually best for the medical program if you serve as the so-called “case manager,” coordinating the activities of all of the medical professionals that will be involved in the treatment of your child. There is no one medical professional who knows all about Aspergers; however, you will understand the behavior of your child more readily than anyone else.