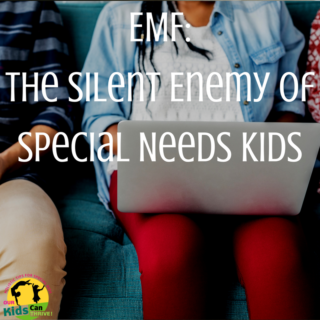 Electromagnetic Fields are an invisible threat to the health of unborn babies, children, and adults. Most people use Wi-Fi and wireless devices without taking into consideration their harmful impact on both body and the human psyche. The fact that dirty electricity and special needs kids have a link is a fact that is becoming more widely looked into.

Medical investigations have pointed out that ADHD and Autism symptomatology ameliorates when exposure to radiofrequency decreases.

What Exactly is an Electromagnetic Field?

Radiation is usually encountered in the form of waves. It is usually referred to as electromagnetic radiation, hence the abbreviation EM.

There are two types of electromagnetic radiation:

E.g. –  the heat from an electric radiator can cause burns, but it does not have negative effects on the long term.

Electromagnetic Fields are formed in the presence of EM radiation. This happens when we use mobile phones, personal computers, laptops, appliances or remote controls.

To cut a long story short, an EMF is a combination of electric and magnetic fields, which oscillate and generate one another when the electric power passes through a conductor. 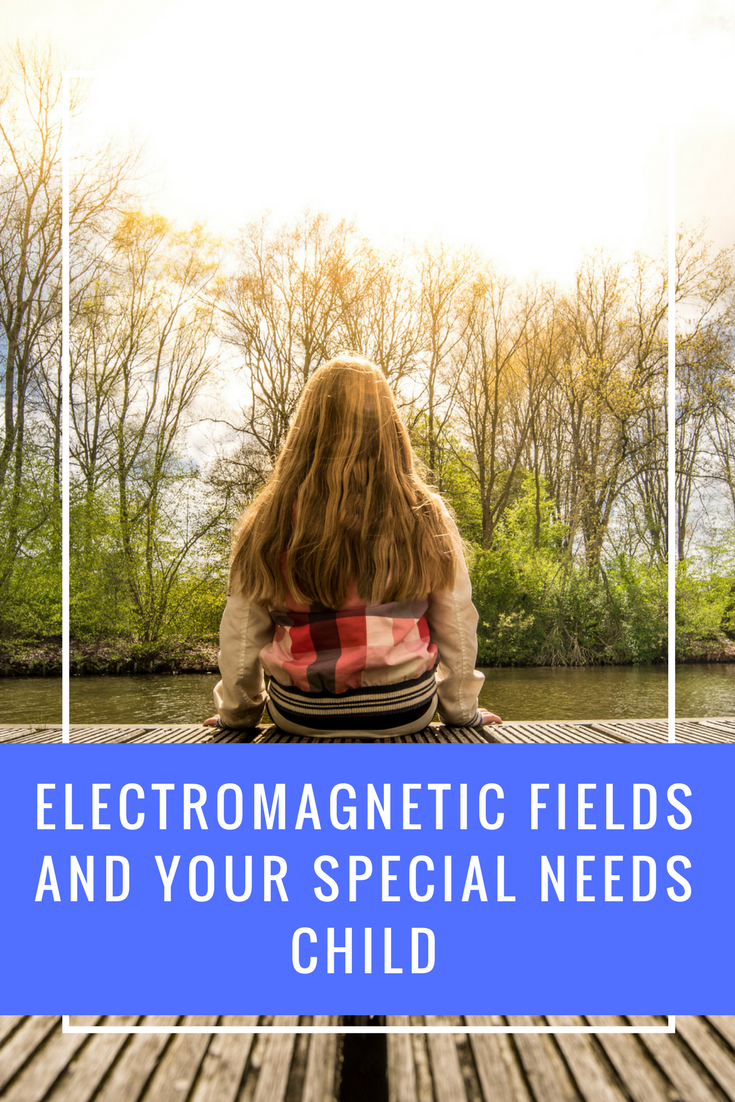 Research on EMF and Its Influence on Neurodevelopmental Disorders

The connection between dirty electricity and special needs kids is something that researchers and scientists are learning more and more about as time goes on.

In 2008, a group of researchers from the USA and Denmark published the results of their study on mobile phones and ADHD. It was observed that most mothers who used cells phones in excess, both before and after giving birth, had hyperactive children.

In 2012, scientists from Yale University also focused their activity on mobile devices, fetuses and, ADHD. A group of pregnant mice was placed below an active cell phone throughout the gestation period. The newly born mice were tested and all of them displayed ADHD symptoms, such as anxiety, restlessness, and poor memory.

In 2012, BioIniative issued a report signed by an international team of doctors and researchers. They claimed that EMS could be one of the major culprits for the increasing number of autism cases among children.

In 2013, Byun et al. investigated the connection between ADHD and cell phone use. The study involved a number of 2,442 children from 27 South Korean Elementary Schools. The researchers took into consideration factors such as the children’s phone ownership or the students’ age when they received their first phone. The conclusion was worrisome: ADHD symptoms were more obvious in children with higher exposure to lead and phone generated RF-EMF.

In a 2014 article, doctors from Santa Clara Medical Association discussed the effects of EMF radiation on human biology. They considered that Wi-Fi technology could be held responsible for autism disorders and hyperactive behavior.

In 2017, researchers Jun Zhang, Alexander Sumich and Grace Y. Wang published an article focused on radiations emitted by mobile phones and their impact on brain health. They underlined EMF impacts the frontotemporal areas of the brain and thus cause sleep dysfunctions.

Why are Electromagnetic Fields such a Threat to Children?

Radiation caused by smart TVs, microwaves or computers affects both adults and children. However, the later turned out to be less resistant to the attacks of the dirty electricity. For example, students in Wi-Fi schools are constantly complaining about dizziness, splitting headaches, itches, nausea and heart palpitations.  In fact, France banned Wi-Fi in nursery schools and severely limited it in primary schools in 2015.

Their skull bones and brain are not fully developed and as a consequence, they absorb more radiation. Plus, it is difficult for them to establish the border between using technology for school and using it for entertainment purposes.

Electromagnetic Field protection is necessary for all households, schools and other institutions. It is a non-invasive measure that can prevent various health problems and alleviate ADHD and autism symptoms.

After years of study and practice, Doctor Jelter observed that a low or absent level of EMR allowed the body to detox more heavy metals, which is a positive fact for the body. Moreover, he discovered that high EMR concentration prevented the body’s natural detoxification process.

*** Geopathic Stress is a distorted EMF which is created when the planet’s natural resonance is disturbed by sewers, underground railway systems or electricity. People living in areas affected by geopathic stress experience various health problems.

Thus, Dr. Klinghardt and his team recommend parents not to bring laptops at home, and not to use cordless telephones. Wireless internet is also a big NO-NO and the house wiring has to be in perfect condition.

Computers, televisions, night-lights, tablets, mobile phones or any other electronic device are not allowed in the child’s bedroom! The bed must not be placed next to walls with sockets or switches on them. Attention has to be paid to mattresses, wall paint and curtains. Graphite paint and curtains made of natural materials are ideal to create a toxic-free environment.

In a world dominated by technology, it’s almost impossible to get away from the negative influence of EMF. Nonetheless, judicial use of appliances and electronic gadgets can improve the well being of every individual. Limited use of mobile devices during pregnancy and not only, may prevent or lower the chances for the newly born to develop ADHD or autism symptomatology. Greenwave believes that a clean electrical environment is an important piece of living a healthy life. Their mission is to help people create healthier spaces for their homes, workplaces, and schools by offering products and tips for cleaning up dirty electricity and wireless radiation, two common sources of unhealthy electropollution in homes, schools and more!

You can start with buying a Greenwave Broadband EMI Dirty Electricity Meter to see exactly how much dirty electricity you’re dealing with.

The meter can be used to measure dirty electricity levels in different areas of homes and other settings and to see the difference filters make in reducing this undesirable electrical noise. It is an excellent tool for guiding the installation of dirty electricity filters.

Do You Have Too Much Dirty Electricity? 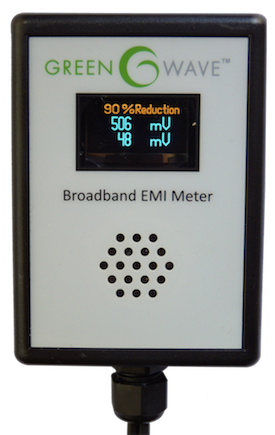 Greenwave’s Broadband EMI Meter makes it easy to see the significant difference Greenwave Filters make in cleaning up the electrical noise on your wires. The process is simple.

First, plug the meter into the top socket of an electrical outlet to get a “BEFORE filter” dirty electricity reading.

Next, insert a Greenwave filter into the bottom socket of the same outlet. The “AFTER filter” display screen will show both the initial dirty electricity level and the new level in millivolts (mV). It will also show the % reduction in “electrical noise density.”

Greenwave’s Broadband EMI Meter is also an excellent tool for guiding the installation of Greenwave Filters. It can help you identify significant sources of dirty electricity in your environment and determine the best number of filters to install in each room for optimal results. 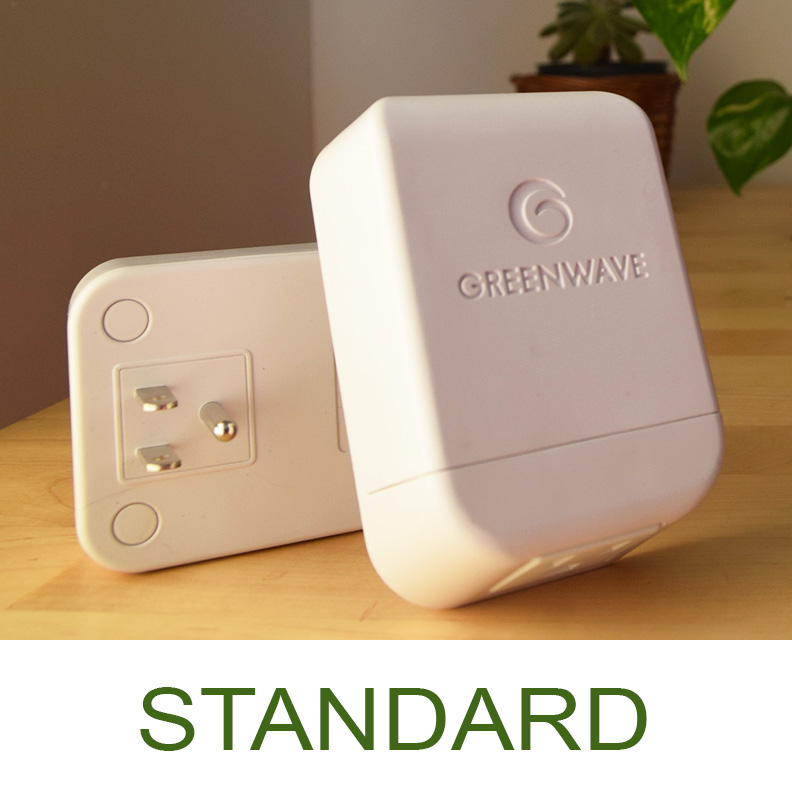 Dirty Electricity and Your Life!

Greenwave offers real solutions that can truly help your child! Dirty electricity isn’t going anywhere anytime soon, so installing filters in your house could make a real difference for your special needs child and for your whole family.

Hozefa A. et al (2008) Prenatal and Postnatal Exposure to Cell Phone Use and Behavioral Problems in Children
http://journals.lww.com/epidem/Abstract/2008/07000/Prenatal_and_Postnatal_Exposure_to_Cell_Phone_Use.1.aspx

Dietrich Klinghardt and Marco Ruggiero (2017), The Ruggiero-Klinghardt (RK) Protocol for the Diagnosis and Treatment of Chronic Conditions with Particular Focus on Lyme Disease
https://pdfs.semanticscholar.org/0293/4430323d4b844e91350ef60429f95a6dbf03.pdf

Katie Singer (2014), Calming Behavior in Children with Autism and ADHD – The Electromagnetic Radiation (EMR)-Lowering Protocol (That Has No Cost Or Side Effects)
http://www.emrsafety.net/uploads/3/4/4/8/34481699/calming-behavior-in-children-with-autism-and-adhd-8-7-14.pdf 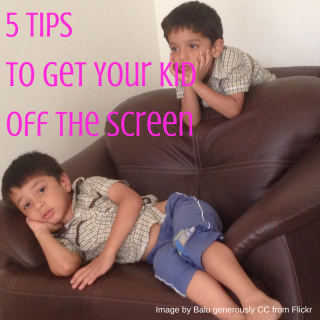 5 Tips to Get Your Kid off the Screen

If you heard last week’s episode, this one might seem a little funny!  Last week, I gave you 5 awesome apps for your ADHDer.  This week, I’ve got 5 tips to get your kid off the screen.  Hey, there is a time and a place for all of these tools.  Check out the episode and I’d really love to know what you think in the comments below!

You can subscribe to the podcast at iTunes – I would love and appreciate it if you left me a rating and a review.  🙂