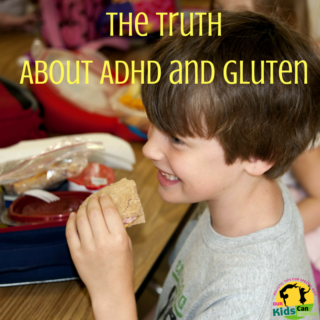 How Real Is the Link between Gluten Intolerance and Children with ADHD?

Food sensitivities can turn restless children into explosive ones who lose command over their behavior. Multiple studies have shown that gluten intolerance has higher rates among children diagnosed with neurodevelopmental disorders such as ADHD. ADHD and gluten have an unmistakable connection.

It is not easy to remove an entire food group from a child’s diet, but there are always innocent tricks and delicious recipes to live a gluten-free life. My family of 7 stopped eating gluten about 9 years ago.

Studies and Research on ADHD and Gluten

Doctors, nutritionists, and parents observed that sugar and food additives had a negative impact on hyperactive children. The diet was adjusted and improvements were registered.

Now, the focus is on another potential culprit: GLUTEN.

The accusation has its foundation: several studies have pointed out that ADHD symptomatology diminishes when gluten is cut out.

The study involved 67 subjects with ages between 7 and 42 years, all with ADHD. The subjects were assessed on the basis of criteria specific for the ADHD symptomatology. The serum level in their blood was tested to identify a possible celiac disease. The ADHD patients who were celiac positive had to follow a gluten-free diet for six months.

According to the final results, the gluten intolerant subjects had less behavioral problems after the change in their eating habits.

The researchers’ main aim in this study was to point that diet influenced ADHD symptoms. The study involved 100 children aged between 4 and 8 years, previously diagnosed with attention deficit and hyperactivity. They were divided into two groups: the diet group (50 subjects) and the control group (50 subjects). The children in the first group had sugar-free and gluten-free meals while the children in the control group followed a normal diet.

After five weeks, the children in the diet group experienced a reduction of their ADHD related problems. The children in the control group did not show any changes in their behavior. The researchers concluded that the elimination diet should be used to identify to what extent food was responsible for ADHD.

In an interview, given to doctor Joseph Mercola, doctor Campbell-McBride explained her belief that the increasing number of ADHD and autism cases was the result of the Gut and Psychology Syndrome. Thus, toxic substances from the gut arrive in the brain and produce symptoms that mimic numerous neurodevelopmental disorders.

She also pointed out that GAPS can be diagnosed and actions can be taken to improve the child’s wellbeing. Therefore, numerous doctors, among including Dr. Joseph Mercola himself, came to the conclusion that the absence of gluten can reduce attention and planning problems. Dr. Mercola, receiver of reputed medical awards, came up with a nutrition plan based on a series of gluten-free food products to ease ADHD symptoms.

The researcher in the domain of mental disorders claimed, during one of her webinars, that celiac disease investigation should be done before initiating any ADHD treatment.

These doctors conducted research in order to establish a link between diseases that cause bowel inflammation and various neurological conditions. The results of their study were published in 2014.

They focused their attention on children and adolescents. The researchers observed that 28% of the subjects suffering from bowel inflammation also presented ADHD symptomology.

This study was highly appreciated by the practitioners of integrative medicine. They pay a lot of attention to the inflammatory effects that gluten has on our bodies. Thus, according to them, there is a direct connection between gluten, inflamed bowels, and ADHD.

People affected by gluten intolerance experience the “leaky-gut” symptom. In their case, the small intestine cannot filter proteins, bacteria, and toxins. These are not eliminated from the body. Instead, they arrive in the bloodstream and from here to the frontal and pre-frontal brain lobes which govern executive functions. Therefore, certain doctors and nutritionists drew the conclusion that the absence of gluten could reduce attention and planning problems. 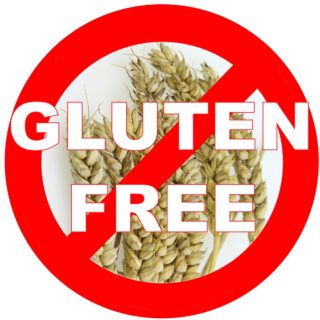 The Basics of a Gluten-Free Diet

Parents who want to eliminate gluten from their children’s diet should:

At present, a diet without gluten is not part of the usual treatment applied to ADHD patients. This is recommended only to those who, in addition to ADHD, also present a type of gluten intolerance. 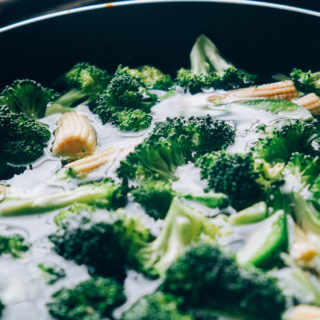 It is difficult to explain a child, especially to a very young one, why he or she cannot just go to the local pizza place and order anything on the menu.

Psychologists advise parents to adapt their words to the child’s age. The younger the child, the more concise the speech has to be. A short explanation accompanied by relevant images is ideal for the very young. Therapeutic or metaphor stories are very effective in the case of preschoolers.

Even if they do not fully understand their health problems, kindergarteners are often more compliant. However, tantrums are likely to occur when they are denied a specific food item.

The teenagers’ eating habits are quite difficult to monitor. Moreover, diet is a major stress for them. Parents have to give them trustworthy sources of information such as documentaries, books, and magazine articles on their condition.

Motivation plays a key role in gluten-free diets. Young children do not have high interior motivation. Thus, they must receive rewards for their good conduct.

Gluten and its effects on ADHD symptomatology continue to be the subject of numerous scientific and non-scientific debates. Sometimes, celiac disease guises itself as ADHD. Thus, when gluten is eliminated the patient’s condition improves. Research is still needed to understand how eating habits influence the functioning of the human brain.

Nutrition is always a huge part of the way our children behave.